# List the three basic functions of the vertebrate kidney. Describe the adaptations in terrestrial animals to cope with water loss.

Functions of the vertebrate kidney

The three basic functions of the vertebrate kidney are (i) Filtration (ii) Reabsorption (iii) Secretion.

# b) Explain synaptic transmission at the neuromuscular junction with the help of a suitable diagram.

The thin filaments of myofibril consist of action & regulatory proteins, troponin & tropomyosin. Tropomyosin is a long protein coiled along the groove between the two chains of the actin filament. At the resting state of the muscle, tropomyosin prevents the interaction of myosin head with the actin filament by blocking the cross bridges binding sites of actin molecules. The tropin which acts as a controlling protein has an affinity for calcium ion. It has a binding site for Ca^2+. When a muscle a stimulated, the calcium ion concentration within the muscle fiber rises abruptly; the calcium ions bind to troponin & bring out conformational changes in both troponin & tropomyosin molecules. This effect induces the movement of tropomyosin to uncover the binding sites & allows cross bridges of the myosin to bind to the actin filament. Thus, calcium ion acts as the physiological regulator of muscle contraction. 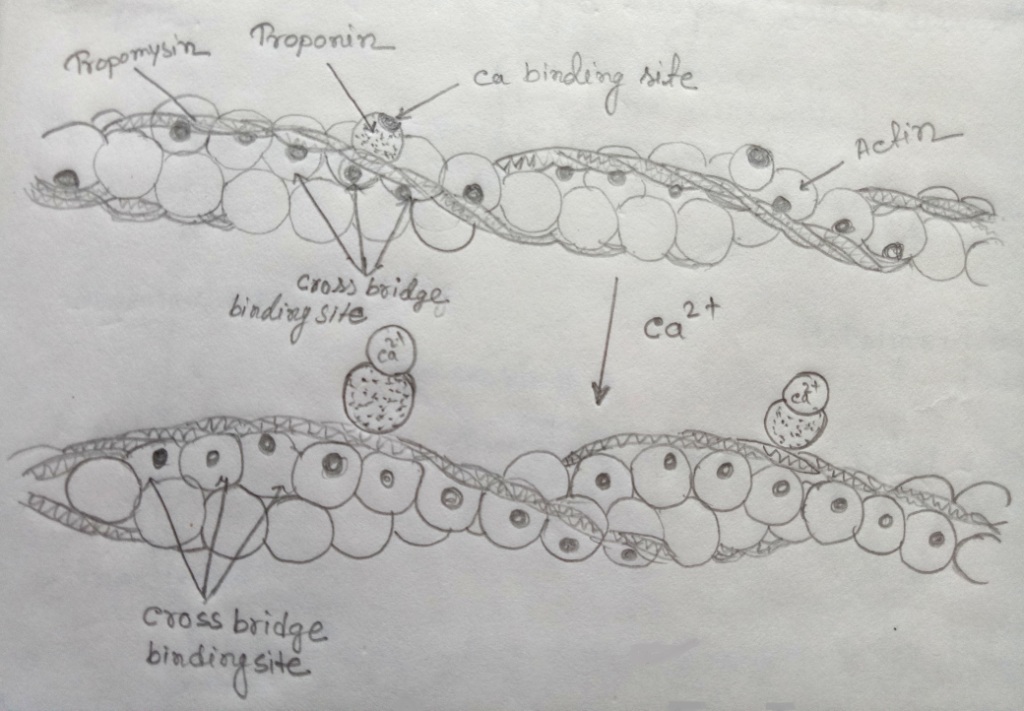