The role of environment in the determination of sex:

In some lower organisms, though the genetic determiners of the sex are present, the ambient environment plays a decisive role in the development of a particular sex type. And it appears that sex determination is non-genetic. The males & females have similar genotype, but stimuli from environmental factors initiate development to words one sex or the other. In Equisetum plant, for example, female characteristics develop when the plant is raised under favourable growth conditions, while in poor or unfavourable conditions males are formed.

Another salient example is the marine worm Bonellia. These worms are very small. The males remain in a highly reduced form in the reproductive tract of the female. The female is many times larger than the male. Any young worm reared from a single isolated egg becomes a female. If the newly hatched worms are released into water containing mature females, some young worms are attracted to females & become attached to the female proboscis. These are then transformed into males & these migrate to the female productive tract, where they become parasitic. 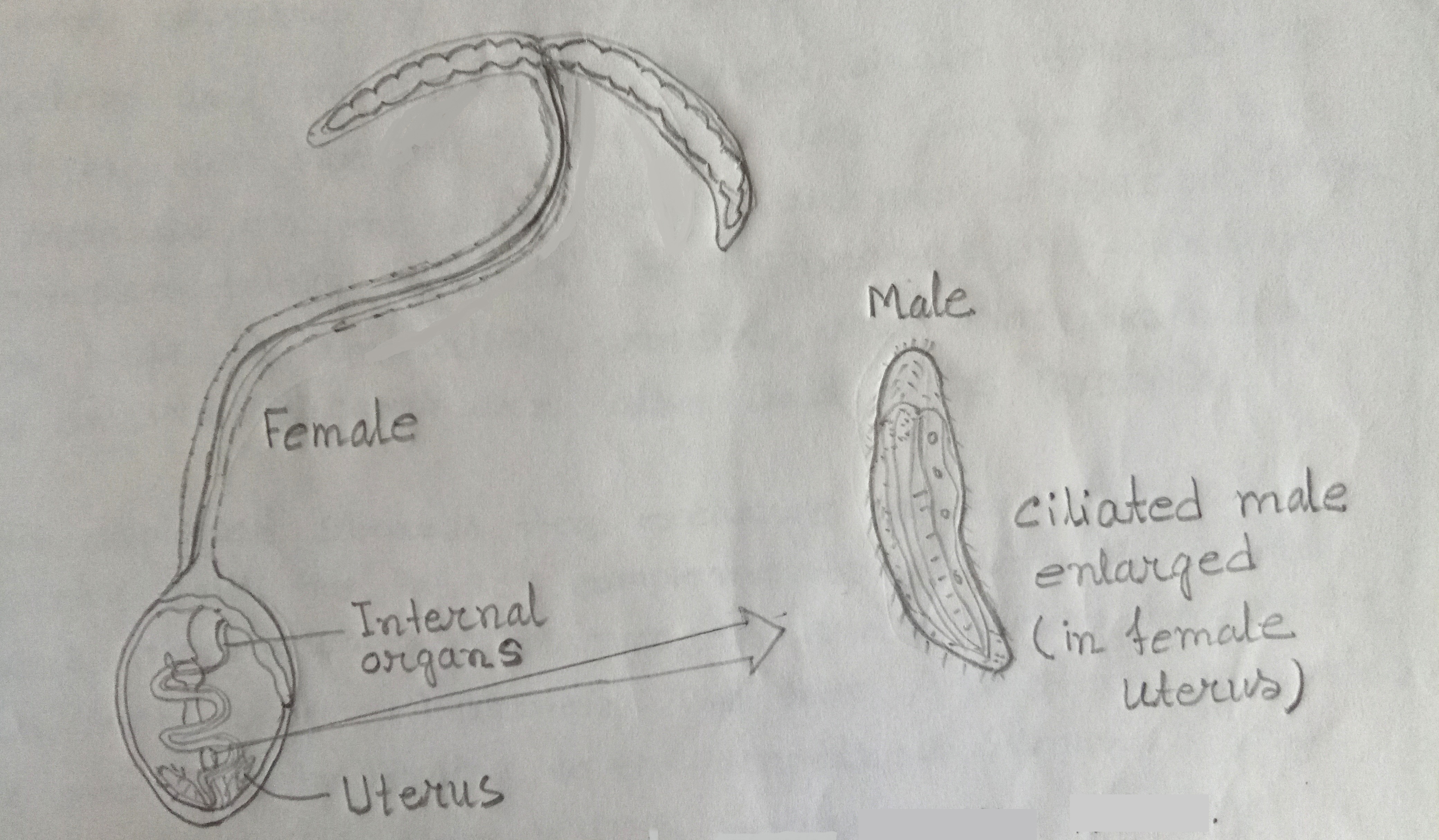 Fig: The female & male of the marine worm Bonellia Viridis