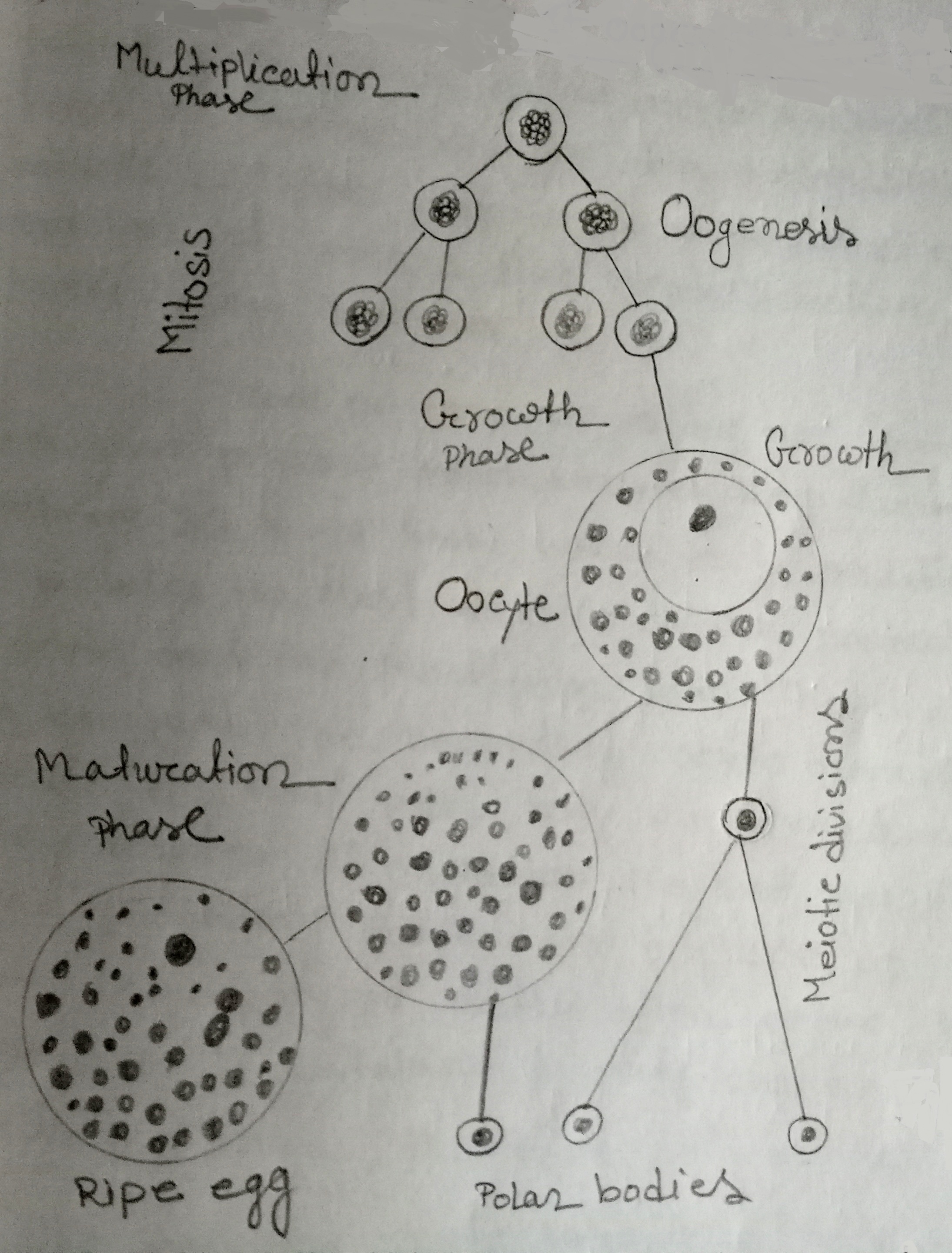 The maturing process in oogenesis leading to the formation of ovum begins before birth but is not completed until after puberty. The primary oocytes form before birth; these get surrounded by a single layer of flattened follicular cells forming the primordial follicle. When these primordial follicles enlarge at puberty the flattened follicular cells become cuboidal & then columnar forming the primary follicle. The primary oocytes begin the process of the first meiotic division before birth & remain in suspended prophase till the reproductive cycle begins at puberty.

The follicular cells surrounding the primary oocyte secrete an inhibiting substance called oocyte maturation inhibitor (OMI) which keeps meiotic division may account to some extent for the large number of errors like nondisjunction, that occur as the mother's age increases.

The secondary oocyte that is released at ovulation is surrounded by the thin non-cellular envelope, the zona pellucida & a layer of follicular cells called corona radiata. In comparison to other body cells, it is a large cell but to the unaided eye, it appears only as a tiny speck.

# (b) Make a chart to classify the eggs in animals on the basis of: 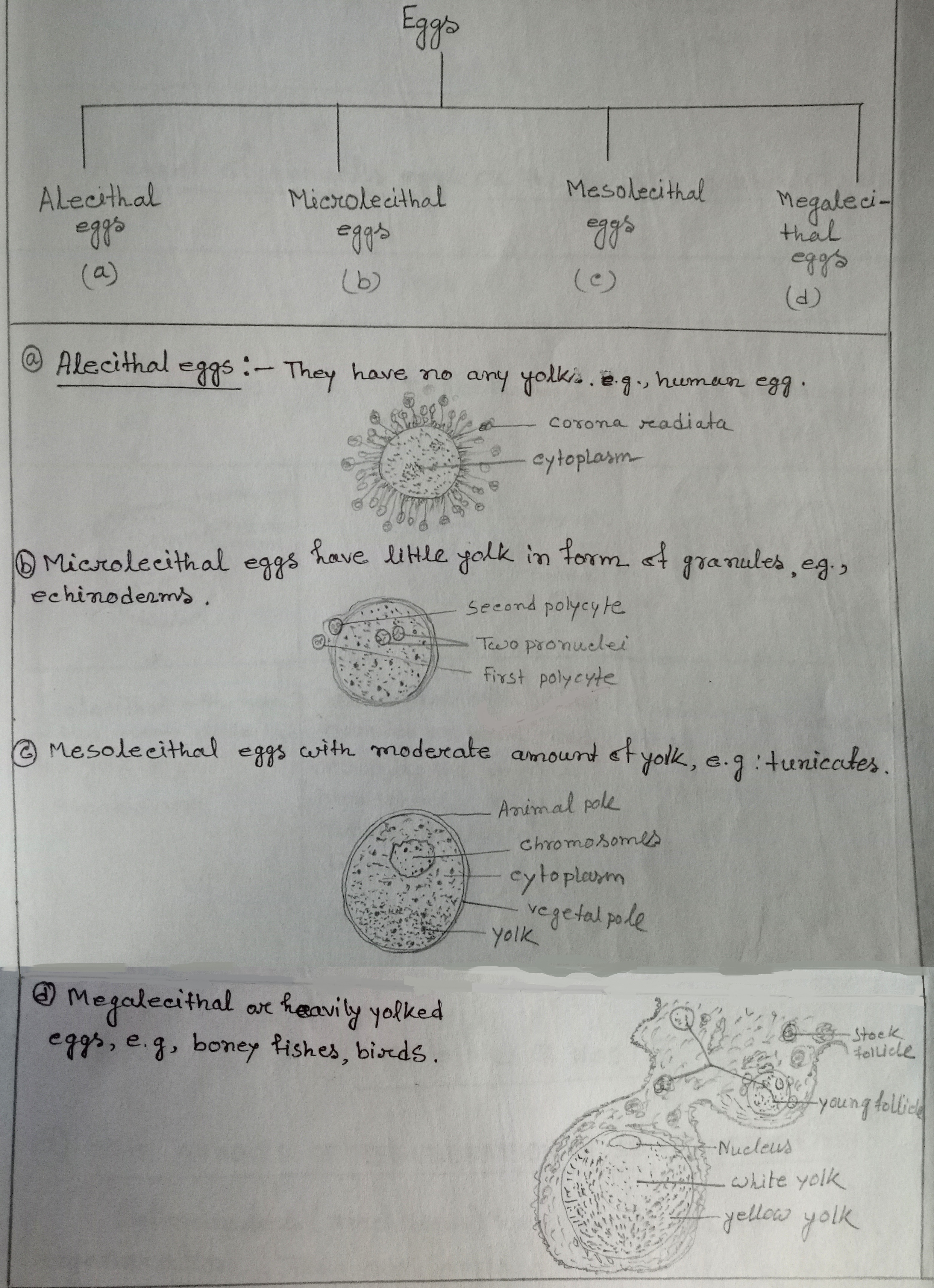 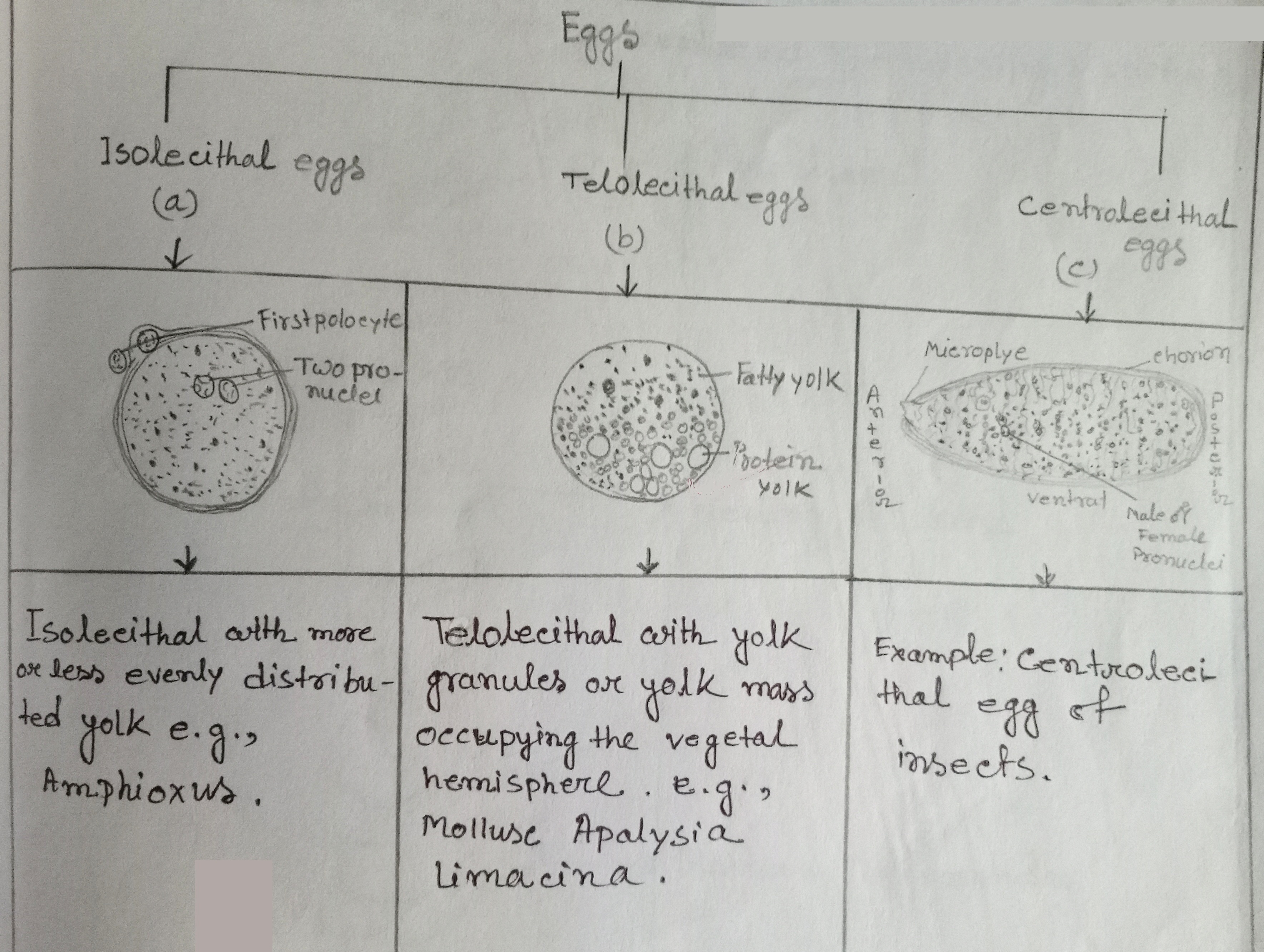