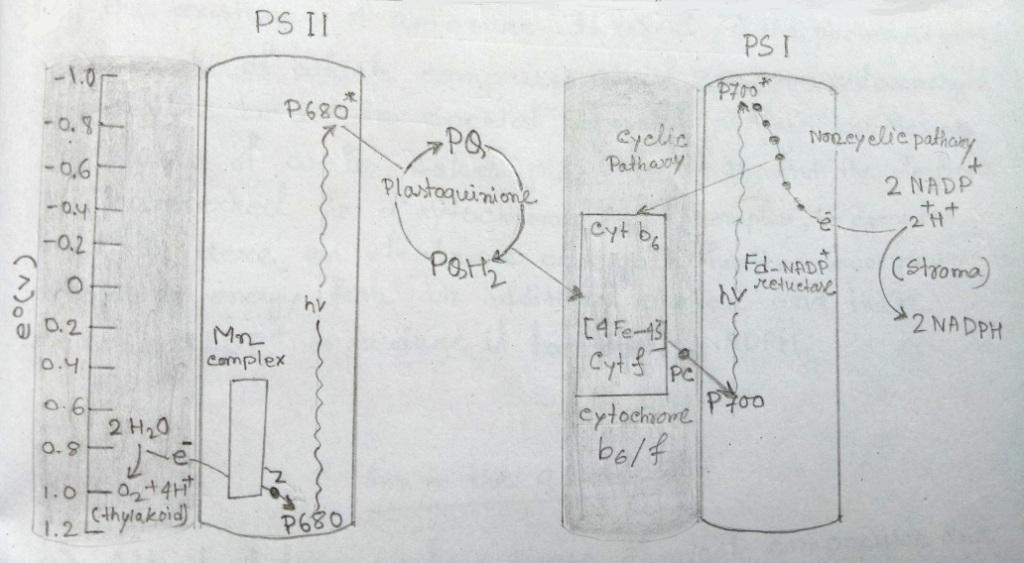 Transfer of light energy to P680 & P700 is greatly facilitated by the existance of antennae attached to the photosystems & each of which comprises about 250-300 chlorophyll molecules bound in special pigment-protein complexes. Photolysis of water takes place in PS II & the electron is transferred via a cytochrome b6/f complex, too complex, to PS I. Here, an electron can gain further energy by absorbing energy from an additional photon & then reach NADP^+ to reduce it to NADPH.