In electroosmosis, the ions flow across a membrane in response to an electrical gradient. Ions pull along water & other contents because of solvent drag. In this hypothesis, it is visualized that sap flows in the lumen of sieve element & electroosmosis occurs across the sieve plate. The pores of sieve are negatively charged & many positive ions are associated with them.

The companion cells of consecutive sieve elements are shown to be engaged in K^+ uptake & release. This generates a (K^+) gradient in the direction of phloem sap flux; the fluxes of other solutes are coupled to K^+ flux & move along with the electroosmotic flow from one sieve tube to the next. 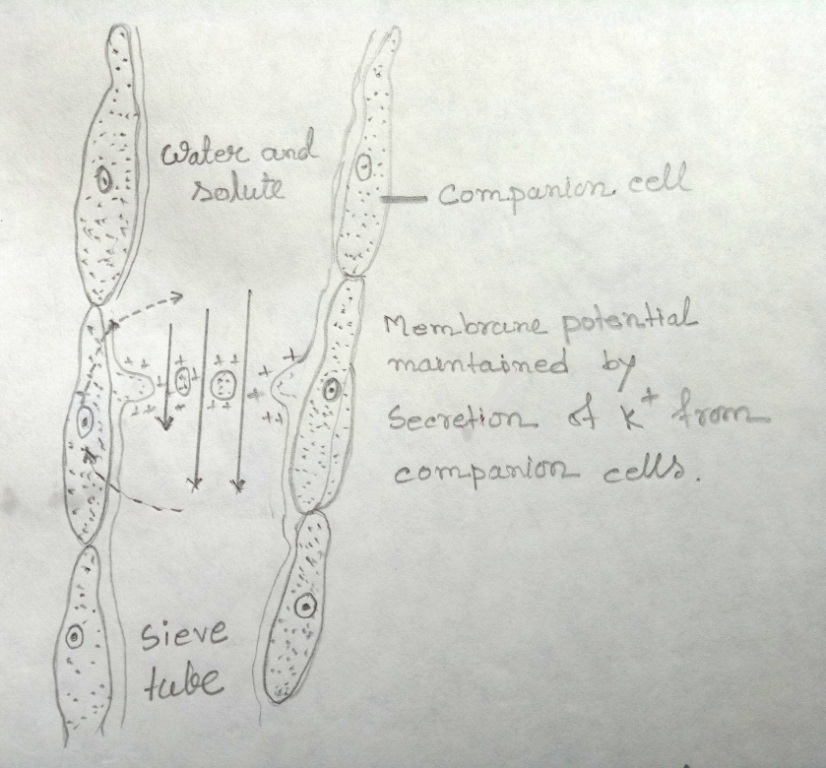