A young anther consists of a homogeneous mass of meristematic cells that are surrounded by an epidermis.

Anther begins to assume a four-lobed appearance & one or a group of two or more hypodermal archesporial cells differentiate in each lobe. These cells appear conspicuously different from the rest as they are larger, densely cytoplasmic & have prominent nuclei. These are the archesporial cells. The archesporium may be either single-layered or made up of several vertical rows of cells. The latter in a transverse section of anther appears as a plate of cells.

The archesporial cells divide in a plane parallel to the outer wall of anther lobe. Such divisions are known as periclinal divisions. After one such division, one primary parietal cell (towards the epidermis abbreviated as PPC), & another primary sporogenous cell (towards the interior of the another sac, abbreviated as PSC) are formed. The PPCs by repeated periclinal & anticlinal divisions give rise to 2 to 5 layers of the anther wall. And the cells of the sporogenous layer, either directly or after a few mitotic divisions from the microspore mother cells (MMC). 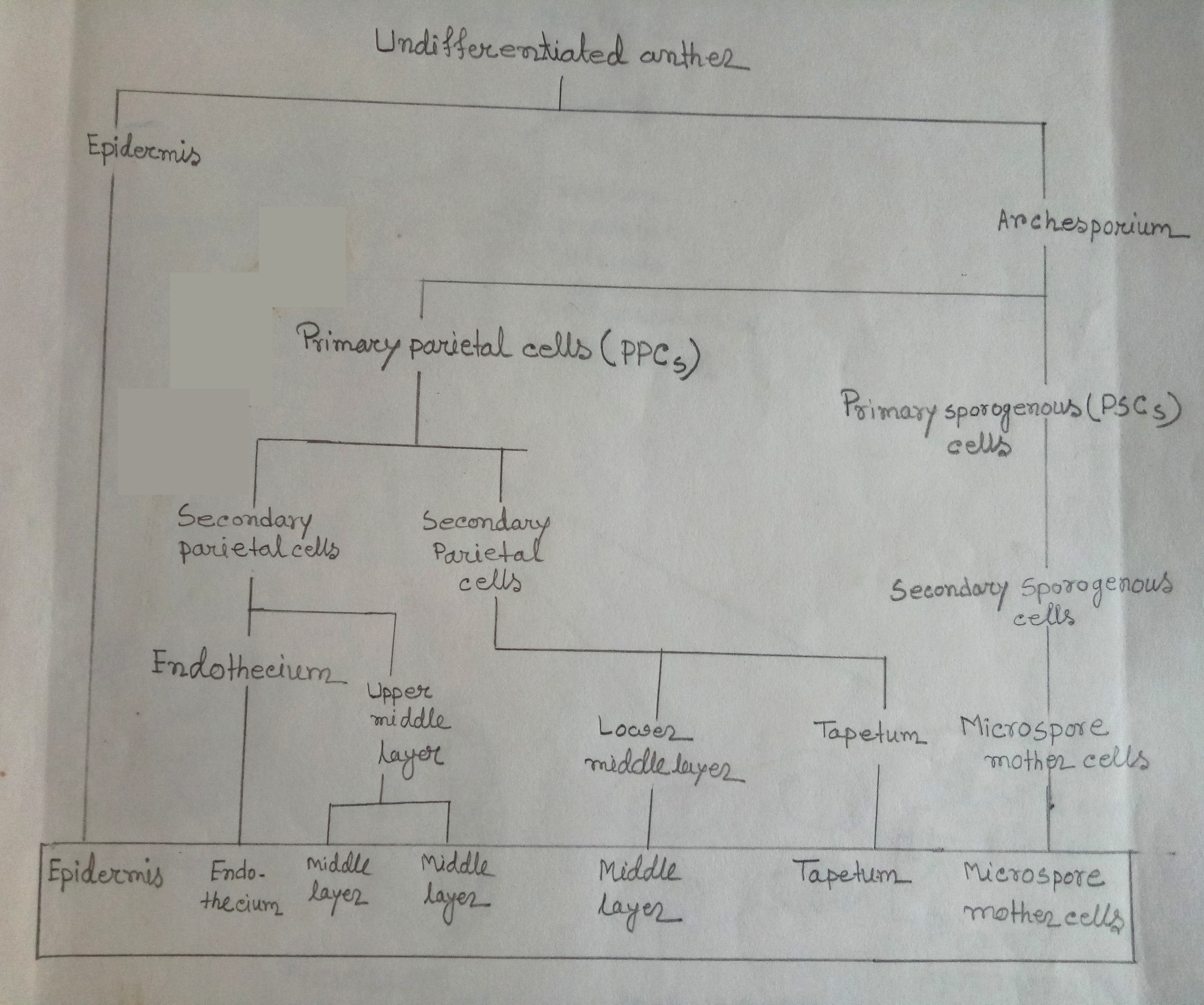 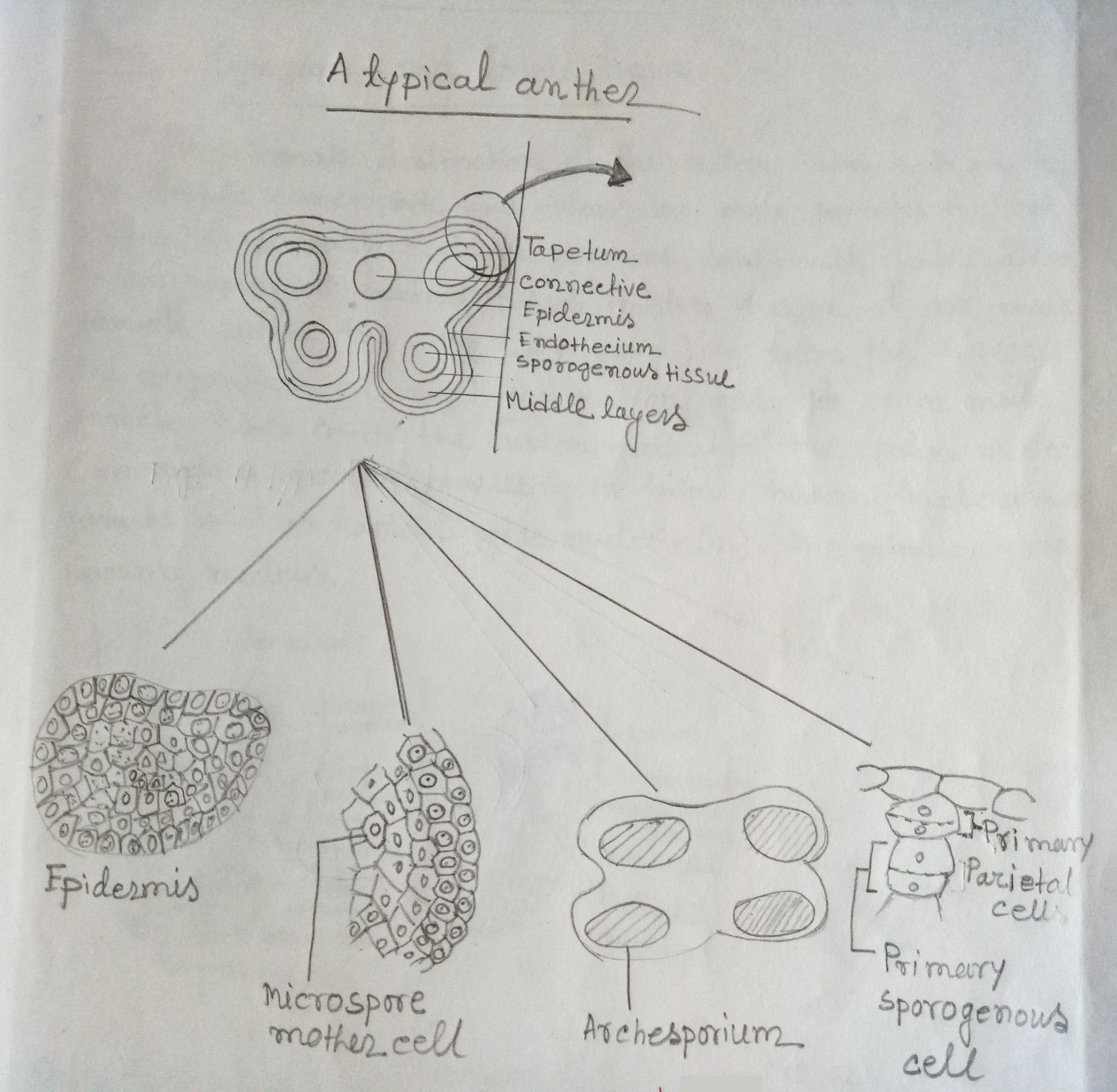 Fig2: Diagrammatic representation of different stages of development of microsporangium.