The ultimate destination of the pollen tube is to reach the female gametophyte & release the male gametes that can ensure fertilization. In angiosperms, double fertilization is an important feature which involves fusion of one male gamete with the egg (Syngamy) to form the zygote, the progenitor of next generation & the other male gamete fuses with the fusion product of the polar nuclei (secondary nucleus) resulting in triple fusion (haploid male gamete + two haploid polar nuclei = 3n), the primary endosperm nucleus. 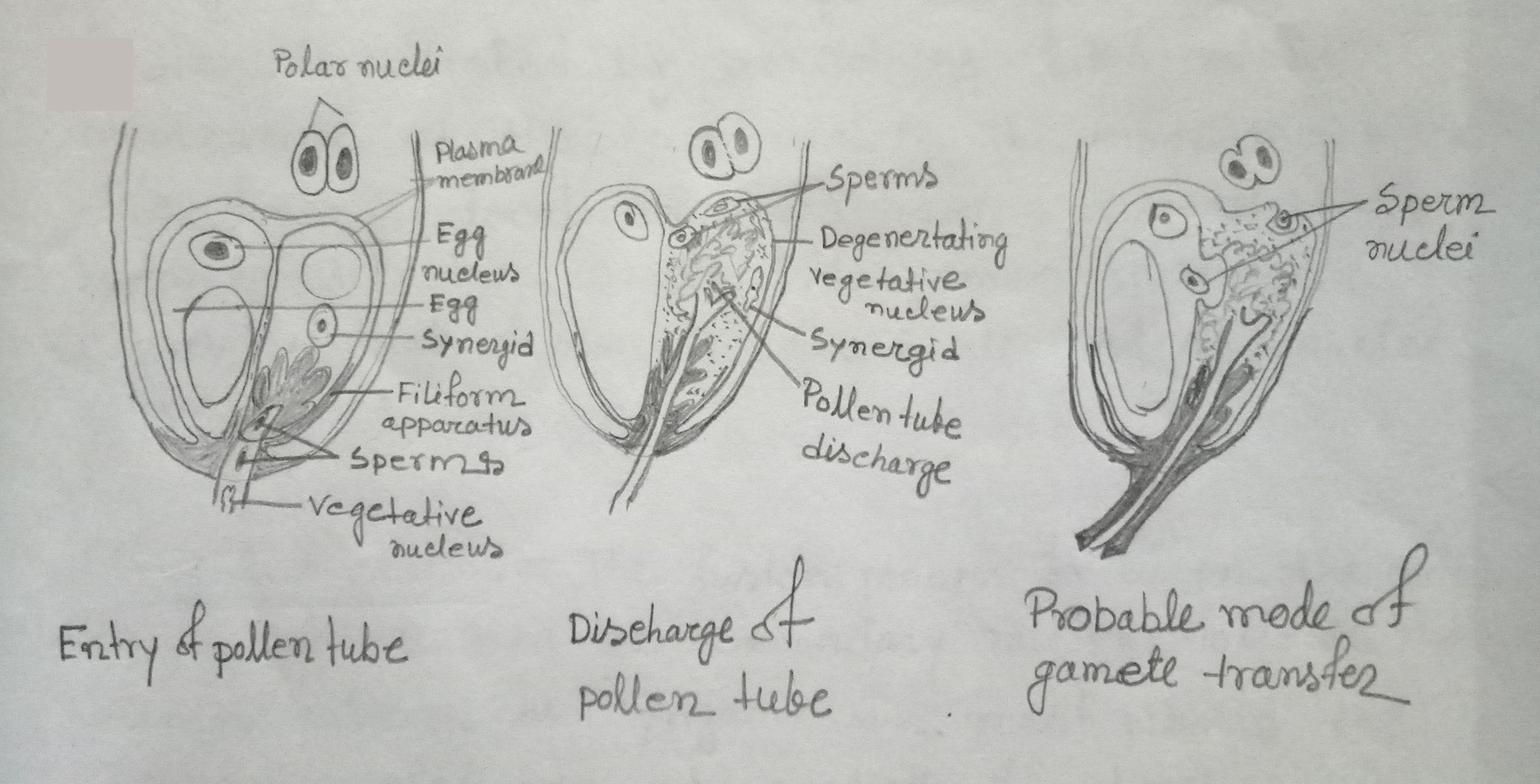 Syngamy: The pollen tube grows to a very limited extent in the synergid. It releases the contents either through a terminal or a sub terminal pore. The contents include the two male gametes along with the accompanying cytoplasm, some reserve nutrients & perhaps vegetative nucleus. One of the sperms enters the egg & the other to the central cell. The distance that the male gametes have to travel to come in contact with the egg or secondary nucleus is insignificant.

The male gametes come in contacts with the plasma membrane of the egg that forms a bridge through which the male gamete enters. Nuclear fusion is initiated by the joining of the outer membrane of the two nuclei. The inner membrane also fuses at localized areas forming a small bridge between the two nuclei. Enlargement of bridge causes eventual fusion of the male & egg nuclei (Syngamy).