Emerson & Lewis (1943) measured quantum yield at different wavelengths of light. Quantum yield can be defined as a number of O2 molecules released per quantum of light absorbed. A sudden drop in the rate of photosynthesis was noticed at 680 mµ (red region). This sudden fall in the photosynthesis yield beyond the red region of the spectrum is called red drop. 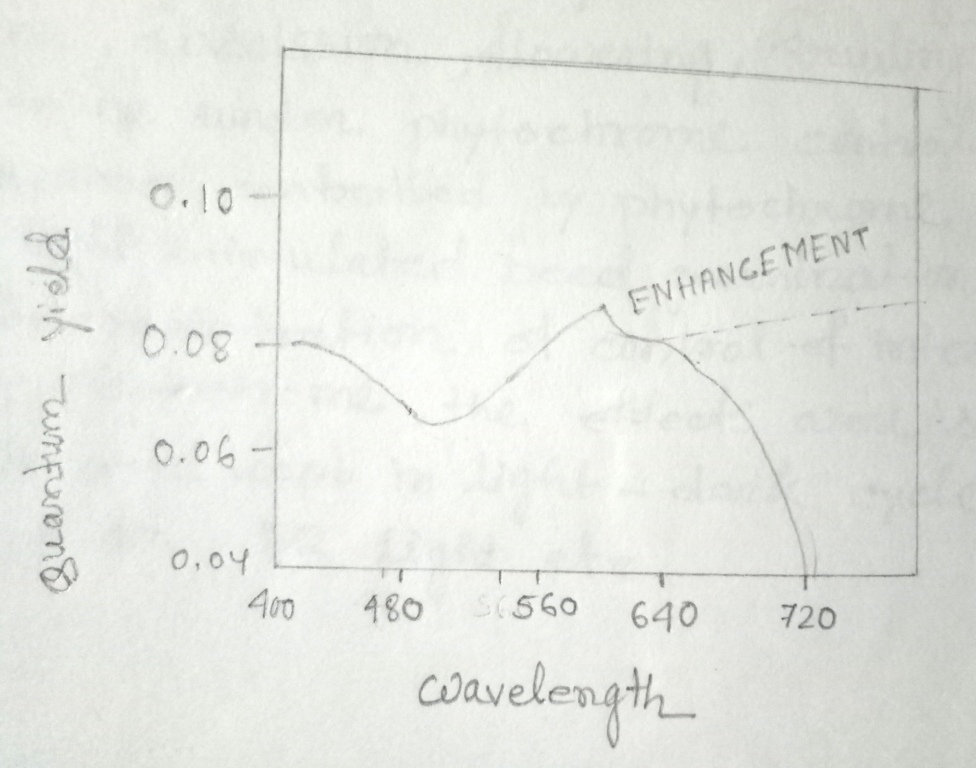