# The variant cambial activity in the stems of Bignonia

In Bignonia & some other members of the Bignoniaceae family, the cambium produces secondary xylem & secondary phloem in different amounts. Thus in some part of the plant the amount of xylem is much greater than phloem while in the other, phloem is much more abundant than xylem. This feature results in a characteristically rigid & furrowed xylem cylinder. Phloem can be identified by the presence of wedges. There, four such wedges symmetrically arranged & corresponding in position to the larger primary vascular bundles. 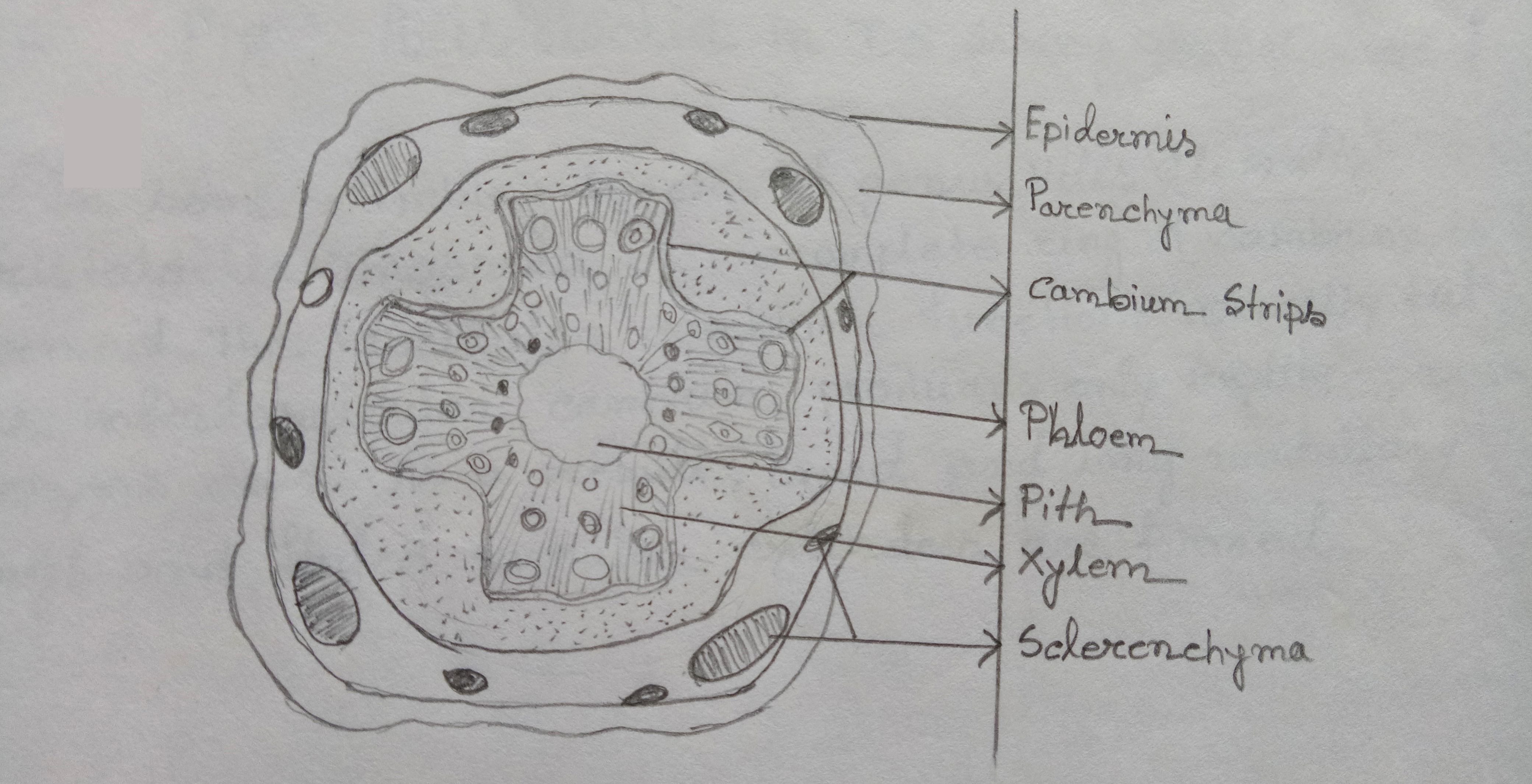 # The variant cambial activity in the stems of Aristolochia

In some climbing species of genus Vitis clematis, Aristolochia Tinospora etc a complete ring of cambium is formed. The fascicular cambium functions normally but the interfascicular cambium produces the only ray like parenchyma cells. As a result, broad & long medullary rays & fluted vascular cylinders are formed. 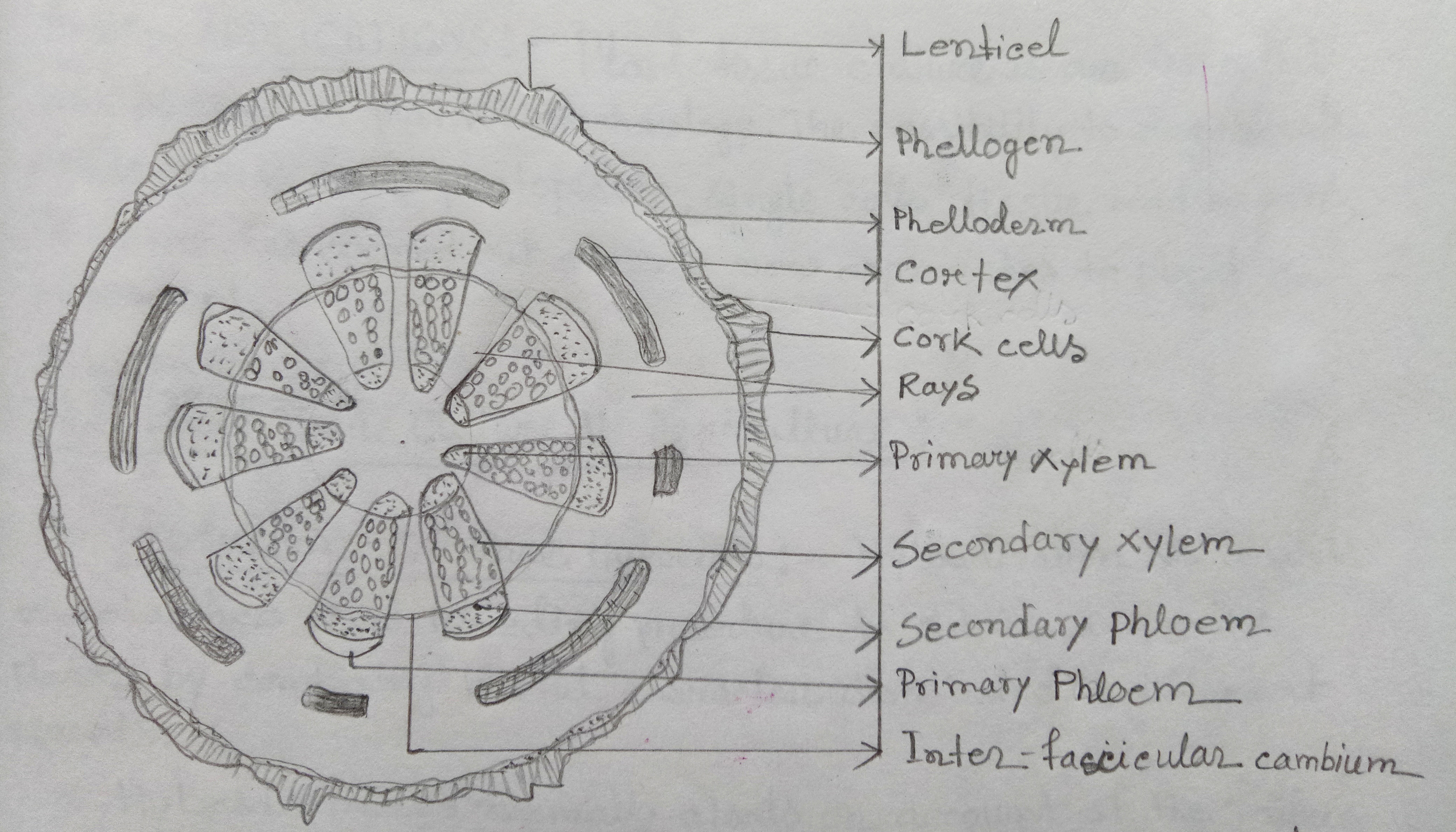 ← Describe with appropriate examples the role of environment in the determination of sex Detail the Watson & Crick model of DNA structure. How did it fit in the data provided by Chargaff? →