# Describe the following briefly-Role of morphogenetic field in development of eye, Role of prothoracic gland in insect metamorphosis

# 1. Role of morphogenetic field in development of eye 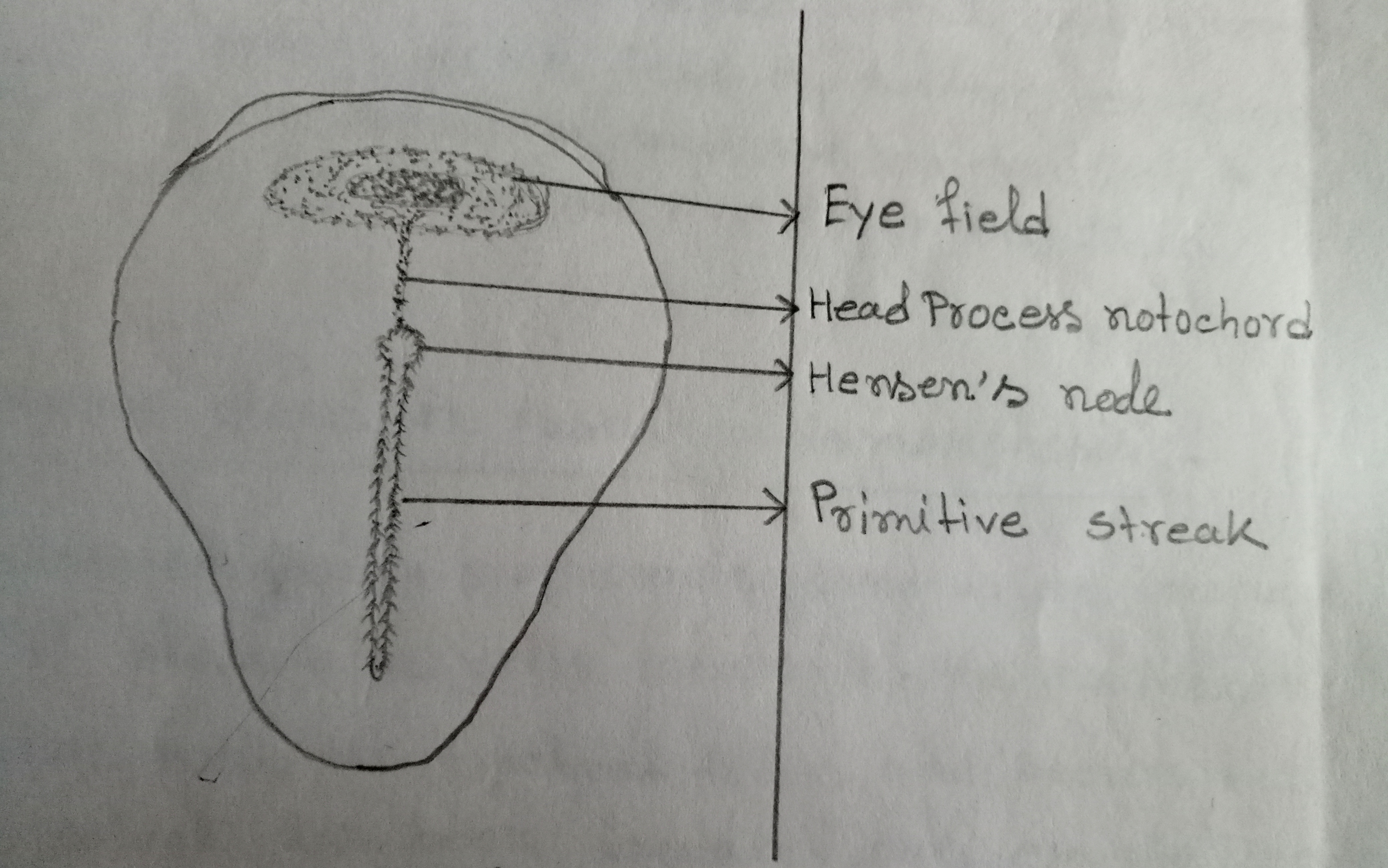 Fig: The eye-forming area of the chick blastoderm at the stage of the head process.

The morphogenetic field of an organ may be defined as the sum total of properties of the cells of that region of the embryo from which the particular organ or structure will develop. Normally the structure concerned forms from cells in the central part of the field. However, the properties to form that organ usually extends to some distance peripherally beyond the limits of the region that contributes cell for construction of the organ normally. Hence, in the absence of the central part of the field cells around it may form the structure.

The third endocrine gland-prothoracic gland is an irregular branching mass of glandular cells located in the prothorax, in close association with the tracheal tubes & secrets the hormone ecdysone which has been isolated & crystallized in pure form from Calliphora & from pupa of a silkworm. It is a unique water soluble steroid & is related closely to cholesterol, α ecdysone is converted into β ecdysone after liberation into the hemolymph & that ecdysterone is the active molting hormone. Ecdysterone exerts its effect directly upon those cells concerned in growth & molting; it activates them & stimulates them to renew protein synthesis. It acts directly upon those loci in the chromosomes which are concerned with growth.

Ecdysone after being converted into its active form, the ecdysterone, stimulates growth & causes the epidermis to secrete a new cuticle, initiating the molting process. The Ecdysterone further stimulates the epidermal cells to synthesize enzymes which digest & recycle the components of the cuticle. As long as the Juvenile hormone is present, the ecdysone stimulated molt results in a new larval instar. In the last larval instar stage, the synthesis of Juvenile hormone is reduced, causing its levels to drop below a critical threshold value.

← Describe the following briefly-CFU-M, L stem cells in mammals, Test for genomic equivalence Describe the stages of regeneration of salamander limb and the role of proto-oncogenes in the induction of cancer →